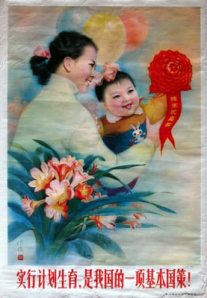 SOME BACKGROUND ON CHINA AND ITS INTERNATIONAL ADOPTION POLICY

The year we made the documentary- 2011 – marked the 20th anniversary of China opening its doors to international adoption. Since China first allowed foreign parents to adopt back in 1991, more than 100,000 children have been adopted worldwide. For the first fifteen years, more than 90% of the adoptees had been girls and the majority under age 1. More than two thirds have been adopted into North American families, but Canadian, British, Irish, Australian, French, and Scandinavian families rank among the 16 nations that also hold adoption treaties with China.

WHY DID IT BEGIN? The adoption policy was created to place the overflow of abandoned infant girls, a result of China’s strict One-Child Policy. First enacted in 1979, the legislation was drafted to attempt to control China’s fast growing population. The policy restricts married urban couples to having no more than one child, with a few exceptions – for ethnic minorities, and parents without any siblings themselves. Later, the “one-son-or-two-child policy” was introduced, permitting rural families with a daughter to “try again” for a son. 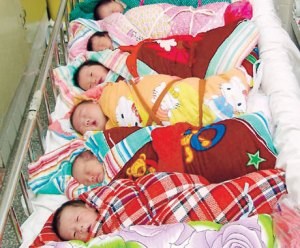 While there are precise statistics on how many children are adopted internationally, there are no accurate numbers reflecting the numbers of girls who were adopted informally within China. Statistics for formal, legal adoption are quite minimal within China, reflecting the fact that guidelines for adoption were strict. Adoption was limited to married couples over 35 who could prove they couldn’t bear children. If a family with a child chose to adopt an abandoned baby, they were required to pay the same penalties as if they had another biological child. Yet, informal adoption is known to exist throughout China where parents give away infant daughters to relatives, friends and neighbours. It may then take up to several years for these parents to eventually find a way to legally register the child, particularly if it is an ‘over-quota’ child and they seek to avoid penalties. 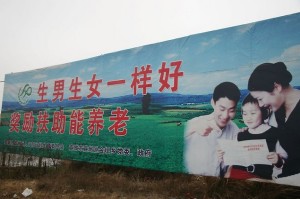 In recent years, there has been a change in the number and kinds of children up for adoption. According to the China Center of Adoption Affairs, the changes reflect the imbalance between foreign requests to adopt and fewer Chinese babies needing homes. Those in the adoption community cite China’s recent promotion of domestic adoption there, and the loosening of rules in some areas limiting families to one child. Today, around a third of all Chinese adoptions are male, and over half are Special Needs.

While there have been books and documentaries about international adoptees retracing their roots, none have included the larger picture of the great number of locally adopted girls who are also products of the One Child Policy. The Invisible Red Thread weaves an intimate chronicle of adoptees both within and outside China and their parents on a very personal level.