Found in Translation: Making The Film Work in Two Languages

Leading up to our premiere at the Montreal World Film Festival, take some time to get to know the person who made it possible for us all to understand!

One film. Two languages. The Invisible Red Thread was filmed over two continents with a ratio of English to Mandarin of about 2:1. A veteran translator with more than 15 years experience Dr. Yawei Cui was given the tricky task of creating two separate versions of The Invisible Red Thread : one for Chinese speaking audiences and another for English viewers. 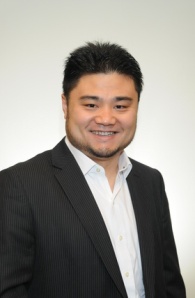 Translating might seem like a straightforward process, but it’s not as easy as it looks. The script can’t just be translated word for word. There is a limited amount of space and time on screen for subtitles. Consequently, keeping words to a minimum and dealing with sayings that aren’t easily translated pose interesting problems for translators. Having everything fit, make sense, and still tell the same story are elements that Dr.
Cui must always be aware of. Translating is also known as versioning, because, each translation actually creates a different version of the film.

When translating, Dr. Cui begins by reading through the entire script without writing anything. This allows him to get a better understanding of the complete story. Once he
has an idea of how the story unfolds, he begins to translate, while taking careful notes for “those ‘hard-to-understand’ or ‘not-so-sure’ parts,” he says.

Once a first version is done, Dr. Cui then watches the film to make sure that all of
the audio-visual elements make sense with his translation. A final revision and
draft are needed to make sure the translated script is in top shape!

Dr. Cui immigrated to Canada from China in 2000. Having worked as a university
professor as well as a translator and television producer in China, Dr. Cui began his Canadian career as a freelance journalist/documentary filmmaker and translator/interpreter. He says, “Though I, like most of the immigrants, have been living in translation as soon I got here in Canada, I’ve been working in the field of translation for 15 years in total.” He most recently completed doctoral studies in sociology and cultural studies at the University of Toronto and currently works at as manager of translation and interpretation at Canadian Securities Institute.

Dr. Cui has close ties to the issues in this film. As he says, “My generation has actually ‘lived’ in this Family Planning policy.” He’s glad to see someone make an effort to show how personal tragedies are actually socially and politically rooted; “Anything that challenges the social norms gets me excited.”

“It’s a great decision to have a couple of parents, who gave away their daughters, appear in the film. However short they might be there, they powerfully told the audience the ‘why’ behind their ‘action.’ One can no longer blame it merely on personal stupidity or heartlessness.”