Posted on May 14, 2012 by maureenpicturethis

FCC Toronto (Families with Children from China) is hosting a special sneak-preview screening of The Invisible Red Thread, three weeks before its Canadian broadcast premiere! This special screening taking place Sunday May 27, 2012 at 2 p.m. at the S. Walter Stewart Library in the east end of Toronto (Coxwell and Mortimer area, north of Danforth). Map below

After the film, there will be a  Q & A session with Vivian and her family, who will be attending the screening along with filmmaking team Maureen Marovitch and David Finch. 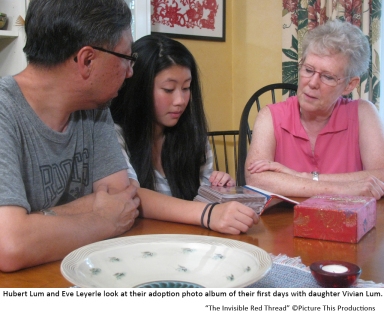 The Invisible Red Thread follows a 15 year old typical North American teenager but started life as an abandoned infant in Jiangxi Province in southern China. Adopted by a Canadian couple at the age of six months and raised in Toronto, Vivian returns to China’s southern Jiangxi Province as a teen where she meets Shumin Zhu, a 14 year old girl who similarly abandoned but adopted by a couple in rural China. Vivian and Shumin compare their lives and discover surprising similarities and differences, and explore the ties that still connect Vivian to China.

Due to limited space, attendance is by advance registration only.  You can pre-register on the FCC homepage at http://www.fcctoronto.org/