Off to the 2012 Minnesota Transracial Film Festival! (Can’t go? See the films online!)

Posted on November 7, 2012 by maureenpicturethis

Co-director/co-producer Maureen Marovitch is getting her bags packed. On Friday she’ll be flying out to Minnesota for The 2012 Minnesota Transracial Film Festival. If a festival all about transracial adoption issues has your interest peaked, you’re in luck. Even if you aren’t close enough to see the films in the theatre, you can view several of the films from anywhere in the world!

On November 10th, the physical portion of the festival kicks off at the University of Minnesota’s St. Paul Campus, with features The Invisible Red Thread (that’s us!), Going Home and Finding Seoul,  Short films include Struggle for Identity and Seoul Searching. The following Monday to Friday, November 12th-16th, the festival will continue online via Watch Adoptee Films, which will stream worldwide some of the films from the festival and a handful of others. 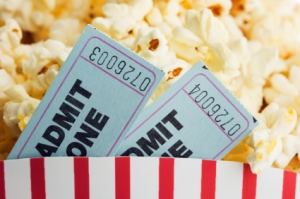 This adoptee-centric film festival is hosted by AdopSource, AK Connection, and Watch Adoptee Films, a subsidiary of Land of Gazillion Adoptees.  With one of the largest transracial and transcultural adopted communities being in Minnesota, the festival was started to showcase both the adoption community and its rich diversity. The festival will also be a showcase for emerging voices telling their point of view through film, words, and music.

We’ll have about the festival and some if it’s films after the weekend, but if you’re in the region, come and see the films. The filmmakers and The Invisible Red Thread co-director Maureen would love to meet you!