Posted on December 5, 2012 by maureenpicturethis

‘Tis the season and we got to compiling a list of great gifts to give to parents and families who are in the process of adopting or have adopted. We’ve taken the theme wide so there should be something for everyone. 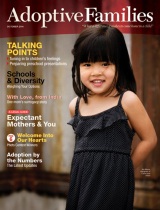 Adoptive Families, the award-winning US adoption magazine, makes a great gift for families before, during, and after adoption.

Message from An Unknown Chinese Mother, by Xinran

Following up on her internationally bestselling book The Good Women of China, Xinran has compiled a powerful account of the lives of Chinese women. It’s a collection of heartrending stories of Chinese mothers who’ve had to give up daughters, whether due to the One Child Policy, age old traditions or sheer economic necessity.  For both the parents of children adopted from China and the older children themselves, these deeply moving stories will stick long after you’ve finished the book.

Brown Babies, Pink Parentsis a super new resource for transracial adoptive families. Amy Ford, a white adoptive mother of three black daughters, crafted a mix of insightful anecdotes and practical information for white parents raising black kids. From the practicalities of caring for black hair care to the topic of white privilege, this is a great book to help parents prepare and deal with transracial adoption. 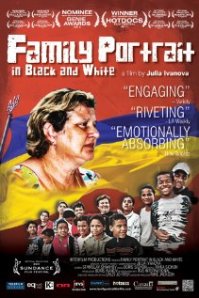 This award-winning documentary follows super mom Olga Neny during three turbulent years as her brood of 17 (yes, 17!) bi-racial foster children grow into independent-minded teenagers. Nenya’s life’s work is picking up black babies left in Ukrainian orphanages so they could grow up together, and become a kind of support and protection in a country where racism and neo-Nazis are a real danger. But the film is careful neither to make Nenya, a single, into a hero for  her overwhelming love and commitment nor to demonize her for the flaws in the overbearing way she is raising the brood. An interesting and challenging film!

Our own popular and touching adoption documentary follows 15 year old internationally adopted Vivian back to China to connect with a teenager from her birth region who was adopted within China.  This is a great discussion starter for families with kids ages 10 and up who’ve been internationally adopted from any country, not just China.

Off and Running (76 minutes) 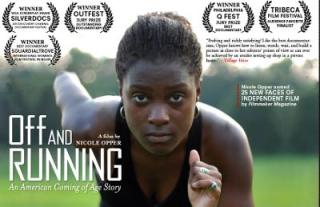 In this festival favourite, teenager Avery grew up in a unique household with two othermixed race siblings and led by two Jewish lesbian parents. Her curiosity about her African-American roots propels her to contact her birth mother and sends her on a complicated quest into race and family.  The personal journey begins to distance her from her adoptive family and threatens her own dreams, but her personal journey of discovery is ultimately inspiring viewing.